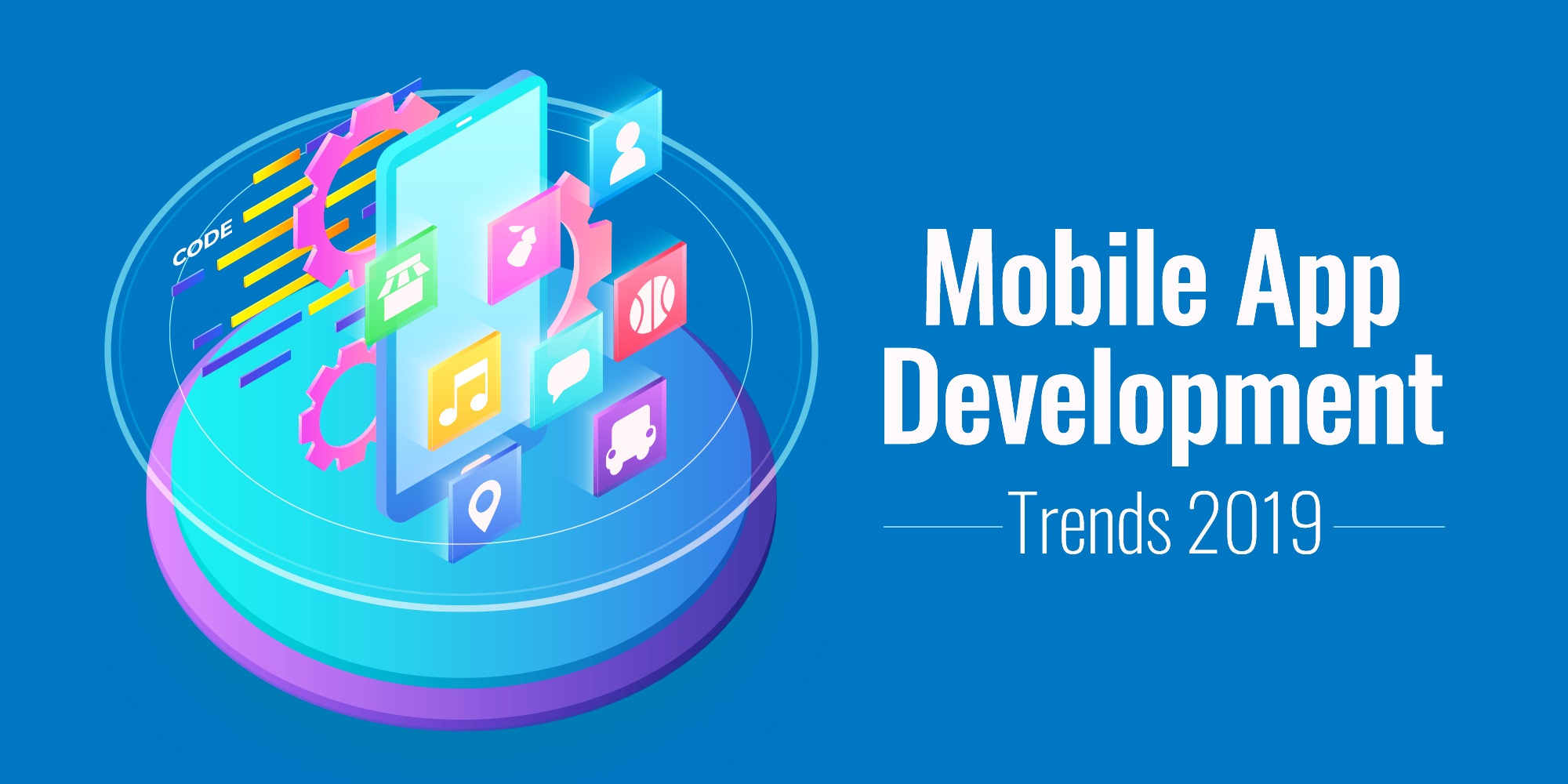 Mobile applications have become a culture for not just the millennial’s but even the older generations. I could still recall the past where a mobile phone was a luxury only because it allowed people to make a call when they were on the go. But, subsequently, with the advancement of the technology, Smartphones, today are nothing less than a lifeline (not literally). They are not just a calling device anymore, but they have immense potential and the power to perform a million operations.

Mobile app development has come a long way since the introduction of the first-ever iPhone in 2007 and the emergence of Android smartphone revolution starting from the HTC Dream.

At the time you’re reading this, Android has already celebrated its 10th Anniversary, and iOS seems to be in the need for a revamp in order for it to catch up with the extremely powerful hardware used on Apple devices.

The time between nine versions of dessert-themed android versions and twelve versions of the iOS has led to the rise of many mobile app designs & development trends and technologies, many of which left a significant mark and some of which terribly failed.  Let’s take JotForm as an example. Even though the product has been around for more than a decade, they did not focus much on the mobile side. But with the recent trends and customer needs, they just launched mobile forms.”

Now that we’re near 2019, the custom software development industry might churn other some similar new mobile app industry trends which may affect how we interact with our smartphones and other portable devices.

Here are some of the Mobile App Development Trends to Watch for in 2019 and beyond:

The USP of PWAs is that it can operate even on a low-bandwidth network and work smoothly on low-spec smartphones. Many companies including Alibaba and Flipkart have successfully integrated PWAs into their website platforms and have derived significant benefits out of it.

PWAs offer incredible new possibilities for those willing to have the experience of android apps even in low-spec smartphones. Take, for example, the Google Maps Progressive web app used in Android Go smartphones.

The highly useful app, which otherwise takes well over 200 MB of space on smartphones barely consumers 50KB of physical storage when installing as a PWA.

Even with space as low as that, it functions perfectly in low-spec smartphones and allows users to do pretty much all the basic things they could do with the full app.

Progressive Web Apps are cheaper to produce but not at the expense of the less functionality. Hence, PWAs provide a better option to the businesses to generate a positive ROI. Developing both an iOS and an Android app can cost $20k – $80k while a PWA can be developed for the fraction of this cost at around $6k – $10k.

Progressive web app development is expected to surge in 2019 as these apps offer a lot of value for users in developing and rural smartphone markets across the world.

Android Instant apps have created a new way for mobile app developers and companies to market apps to customers. Instant apps allow users to try a demo version of an app they wish to try through a link, all without the need to install the app itself.

Instant apps also offer an additional advantage with PWAs don’t have, i.e., playing mobile games. Though Instant apps haven’t really taken off as well as it was expected. The development of new instant apps and games on the market does give the platform some hope.

Android Instant apps help users to analyze any app/game before having it installed on their smartphones. It helps users make a better choice for installing smartphone apps. It simultaneously also acts as a business opportunity for full stack developers to attract more customers and give the best first impression that it could deliver.

In 2018, we have seen brands like Amazon fire up the competition in IoT with its “Echo” line of devices. Similarly, Google too has stepped up its game with a few devices under the Google Home brand.

The need of users to control their hardware devices such as light, speaker and other appliances; is expected to increase in 2019. Google’s collaboration with Nest, a Home security camera manufacturer is a subtle sign of more interesting thing to come.

The demand for such devices in the market will consequently result in the demand for better apps to control them. Ultimately, the dream for seamless connectivity and control would inch one step closer to reality with IoT app development.

4. Moving Away From The Mobile App “Ecosystem”

If you don’t understand the term “Ecosystem” in the mobile app world. Here’s a simple way to put it. Say, for example, you’re an iPhone user with who loves apple’s iMessage app. It will be hard, perhaps impossible to you to use this favorite messenger app of yours in any other platform like Android.

Wonder why Apple doesn’t introduce iMessage on Android or other platforms? Well, this is because the company wants you to stick to their own devices even if it’s just for the sake of one damn app!

This range of devices, the Mac, the iPad, the iPhone, and others, which users inevitably end up surrounding themselves with (due to an addiction to the software, or some exclusive apps like iMessage or Final Cut Pro) is what consists of an ecosystem.

In the mobile app world, an ecosystem simply refers to the set of apps from one specific developer that you may always want to use. Google’s apps are a good example of this.

Google also locks its users into an ecosystem by having a few of its Android OS features exclusive to the flagship Pixel smartphones. Microsoft has been infamously been desperate for years in a bid to make users try the Edge browser, but unfortunately, has always failed to the global “default” browser, Google Chrome.

But modern consumers indeed have a shorter attention span. So it’s seemingly impossible to stop them from trying out new sets of apps. Consumers today are often on the lookout for a new set of favorite apps, which they always find one way or the other.

It seems that mobile app development companies have understood this well enough. As a result, more and more apps today are going cross-platform. The prime reason for this shift is the users’ inconsistent patterns of app usage, and their desire to switch apps every now and then.

Augmented Reality app development has seen stable growth in 2018. The dawn of AR was set-up with the success of Pokemon Go. Since then, many AR apps have emerged. However, the most significant development in AR is its newfound applications in diverse fields and industries. Unlike its twin cousin, the Virtual Reality (VR), the former is considered much more valuable today.

Google displayed the applicability of AR in its popular Maps app at its annual developers’ conference this year. Using interactive objects displayed on the camera interface, the app is capable of delivering a much more intuitive experience.

AR has seen some incredible use cases; from lame filters on apps like SnapChat, selfies with Marvel characters on the Pixel devices to useful implementations in the Ikea Place app.

In addition to this, Block-chain development is also in great demand; therefore, the demand to hire hyper-ledger developers and hire ethereum developers is rising day after day.

Chatbots will be another thing that will entertain us as Top Mobile App Trends in 2019. Chatbots basically serve as little assistants inside the applications.

Chatbots in 2019, is going to make a new path for connecting users. And you will be happy to know that this technology can be used without the help of any coding.

Chatbots are also getting connected with AR and VR, with the help of which, it will be possible for the businessmen to rule over the world.

With the passage of time, the market for chatbots has increased and will be up to 1250 million in 2050 as it was 190.8 million dollars in 2016. Therefore, the demand for chatbot development companies is also increasing day after day.

Machine learning services and artificial intelligence will be going to rule over the mobile app development as well over human beings too. This is seriously an amazing innovation of the mobile that can’t be ignored as it is serving the area of mobile apps with full dedication.

While AI is serving to make us understand that how to utilize services properly. On the hand when it gets merged with Machine learning, it really becomes the cause of the success of the big enterprises.

So which trend will dominate 2019? Only time shall tell that. However, what’s clear is that smartphone users are well set to have a good time. As of mobile app developers and development; well, that battleground will remain as competitive as it has always been.

Note: If you have any questions regarding this article you can leave a message in the comments sections below, we will be more than glad to help you.