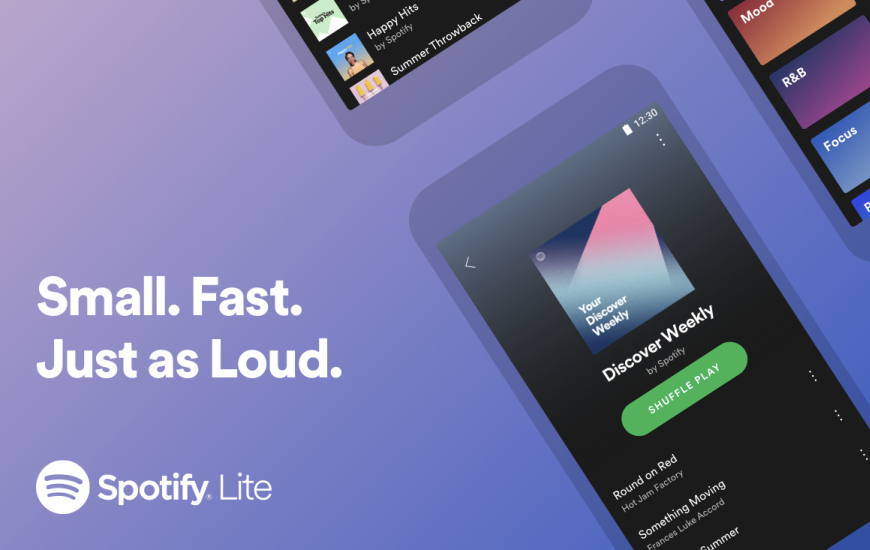 In the age of high-speed internet and advanced devices, there are still demand lightweight apps that can run on low storage devices and poor internet connections.

Recently, one of the best offline music apps, Spotify, announced its lightweight version of its app. Dubbed as Spotify Lite, it launched with the aim of expanding the company’s reach to regions with slower internet connections.

Spotify Lite was first unveiled in India. At that time, the lighter version was in the beta testing period. After successfully running tests over 2 months, the app has finally matured and been introduced in 36 countries including:

In comparison to the main Spotify app that requires 100MB, Spotify light is of only 10MB. In addition to this, it comes with a new feature that allows users to fix data limits and get alerts when they have consumed up to an extent. In areas with limited bandwidth, a lightweight version of the music finder app has brought major relief.

“Spotify Lite was built from the ground up based on user feedback from around the world, allowing millions more to enjoy the world’s best music experience — especially in areas with limited bandwidth and phone storage.”

One of the popular music apps, Spotify, affirms that ninety percent of the main app’s features are present in Spotify Lite. Free or premium account users both can enjoy the best music streaming app lite version to search for artists and songs, download and share them, explore new music and enjoy playlists.

Following the paths of other popular Lite apps such as Facebook Messenger, Tinder, and Tiktok Lite). Online music listening app, Spotify’s new version is compatible with devices running on Android version 4.3 or higher.

These Lite apps are becoming more popular and critical as tech companies look to expand to developing countries where data connections are slower and data itself is more precious and expensive.

In a conversation with TechCrunch, Spotify’s spokesperson denies any plans to bring Lite experience to iOS devices in the near future. Therefore, only the majority of Android users will be able to enjoy the benefit. iOS users can check out these best free music apps for iPhones.

Spotify Lite has already been downloaded to over one million times and the numbers are expected to increase rapidly as soon as the company has started marketing its Lite version aggressively.  To Know about Spotify Subscriber plans, Spotify consumption and etc read here a blog on Spotify Statistics.